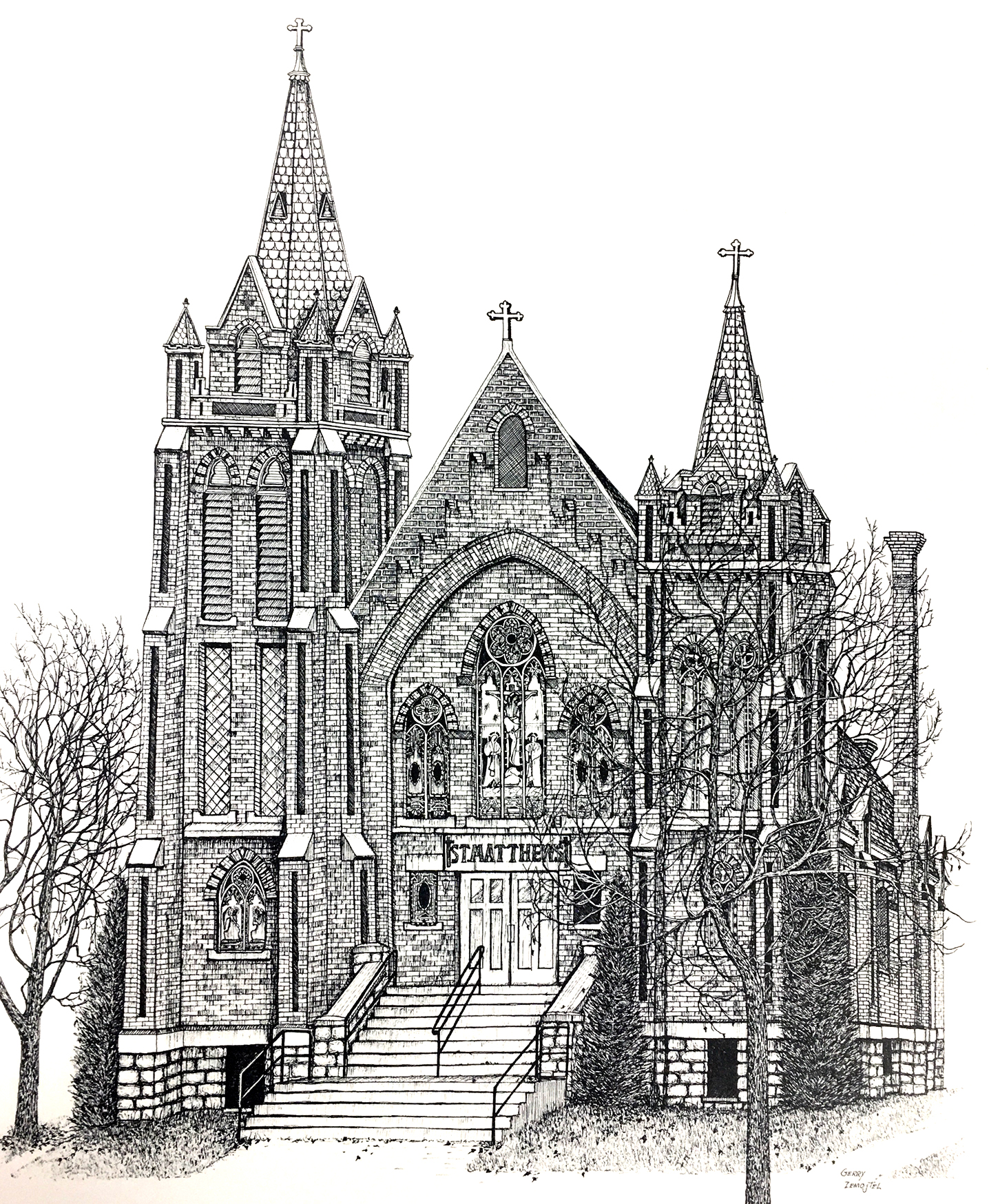 The historic St. Matthew’s Catholic Church was built in 1910 by Great Falls architect George Stanley and remains the city’s most commanding Gothic landmark.

Only three years after the city of Kalispell was surveyed and laid out, the first bishop of Montana, the Most Revered J.B. Brondel, in March 1894 appointed Fr. H.J. Van de Ben of Butte to the first pastor.  In 1895, the first church and rectory was constructed on 4th Avenue and 5th Street.During the first few years, the territory for St. Matthew’s Parish was quite extensive and included the missions along the Great Northern Railroad from the Idaho border to Columbia Falls.  New missions were quickly formed in Whitefish, Somers, Jennings and Rexford.  Eventually parishioners outgrew the small wooden church structure.  Plans for the construction of a new building were initiated under Father Francis O’Farrell, the pastor who would be the longest serving priest at St. Matthew’s Church.

Warren G. Conrad, President of the Kalispell Townsite Company, donated the half-block of land for the new church.  Ground was broken on April 2, 1910 and Bishop Carroll laid the cornerstone on June 5th of the same year.  On September 2, 1911, the completed church was dedicated by Bishop Carroll.

St. Matthew’s Church was extensively damaged in February 1938 by a fire that started in the basement.  The ornately sculptured wood altar was destroyed.  Damage to the building was listed at almost $10,000.  As part of the reconstruction and repair, new altars were created and the church was completely redecorated.  The structure remained largely unchanged until the 1950’s when the basement was remodeled and made into a parish social center.

On Sunday, May 12th, 2019, a fire ignited in the kitchen in the Doran Center and the flames spread throughout the basement. Even though the flame was contained to the basement, the smoke from caused extensive damage to the rest of the building. The boiling system was lost and the original beams and stone walls needed special attention and renovation. After much hard work, and the contribution of many individuals and donors, the church was rebuilt and restored by November 2020.