The Importance of the Organ 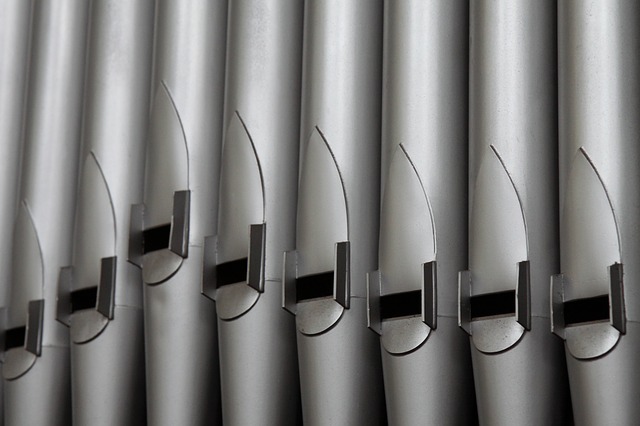 In the first few centuries of the Church, liturgical mu- sic was required to be done in an acapella fashion- that is without the use of any instruments. With the development of the organ as sort of royal instrument, the organ began to be introduced in chapels through- out Europe. The earliest introduction was likely by Charlemagne to his great chapel at Aachen.

Another early instance is in the 10th century in the Cathedral of Winchester England. This organ re- quired 70 men to operate it and was recorded to be heard across the city.

Alongside the introduction of the organ into ca- thedrals was its introduction into the monasteries. It soon became the unofficially official instrument of the Western church and its grandeur only grew with the development of new pipe voicings and registrations. Mozart eventually referred to the organ as the “king of instruments.”

Now, why so much importance to this instru- ment? Why would Vatican II give the “pride of place” in the liturgical setting to the forbidding of “secular” instruments?

I think there is a theoretical and practical answer to this. Theoretically, the most Divine instrument is the human voice due to its having the power to praise God in word and music. The organ also has a keen similari- ty to the voice in its sound and capability. Some voic- ings on the organ can blend so well with voices that it’s difficult to tell that an organ is even being used!

Practically, the organ is extremely versatile; it can express solemn grandeur and joy or collected and calm lamentation. Secondly, there is a certain reser- vation in the organ that prevents non-sacred and per- haps overly sentimental expression. Often instruments like a saxophone or electric can take a large expres- sive personality in their performance; the organ does not have such capability thus making it very much disposed in the service of the Sacred Mysteries.